If you are interested in knowing more about who I am and what made me the person I am today, please read my story below. There I briefly summarize my upbringing, how I ended up rowing and what H.O.P.E. means to me. If you have more questions, don't hesitate to contact me!

I grew up in an undemanding family, had some close friends, had quite easy for me in most things that had to do with sports and practiced, among other things: riding, gymnastics, handball, basketball, football, athletics, climbing, capoeira and skiing. I was a girl filled with energy and at the same time seen as calm and secure.

At home everything was good, never any conflicts, but never any deeper conversations about how we actually felt neither. We spent the summers at the family's country home in the archipelago together with our cousins ​​and grandparents, fantastic but the big topic of conversation was always my cousin's swimming performances.

When I was twelve years old, my family and I moved to Oslo where I started at an international school. I have always spent a lot of time studying, which has yielded good results. In the new school, however, I never quite “fit in” in the class and I became quite alone. The language was a challenge and the demands were much higher than I was used to. After a while I started training track and field. I trained with a girl who was slightly better than me which led to our coach only seeing her and designing all the programs after her, I was "the third wheel".

Everything around me was about achievement and it didn't take long to figure out how to "get accepted" and seen. Study and train more, - simple! However, it is important to point out that there was never anyone else than myself that set the bar. The days quickly became longer and the nights shorter in order to get everything done. I achieved good grades in school and got a lot of praise for it. I also improved in training and suddenly several people got their eyes on me. I endured the work load for a long time, a little too long... Without reflecting on it, I started to lose weight. I had a little extra to take of so it was okay at first but soon I realized that there was a relationship between food and sports performance. I became a slave under the scale and anorexia was a fact.

After Norway I moved to Helsingborg where I started rowing. I got hooked already after my first session and I developed quickly. The Swedish Rowing federation soon saw me as a promising talent and in my club I found a fantastic bunch of guys to train with but unfortunately again without any coach who adapted the training to me.

In the end I sought help and since then I have undergone several treatments but never got 100 % healthy. A couple of years ago, I crashed. The school went out of control (as it was the only environment I got praise in) and I couldn't cope with people constantly questioning my rowing career and so on. So, I started the “competition” to become as sick as I could ... -because, to lose weight was something that I was good at. If I got ill enough I would be admitted and thus avoid all "demands" and I would be seen (better bad attention than no attention).

But I was not ready to give up and there are few things that drive me more than people that don´t believe in me -telling me that I can never train again, that it is impossible to get free from my disease. So, I decided to ask for help to get back. I was too curious to see how good I could feel and how good I could get at rowing with the right conditions. I was admitted and got so sick that I had to sit in a wheelchair initially. But, the focus was now to become healthy. Eight months later I was back in school and after ten months I completed my first training session! I made sure to get the help I needed with a training program and always had a close contact with my therapists at the clinic, which meant that I did not fall back in old tracks. The training went better and better and gradually increased. In June 2015 I achieved my biggest achievement so far, I was declared free from my anorexia and another five months later I sat on the starting line at the World Championships in Peru ... mostly to see and learn when as my goal was to take a medal at the 2016 championships. I rowed in as second in my heat and thus qualified to the final, cool! well there I had nothing to lose and my effort was enough for a 4thplace, -only nine seconds from the bronze. 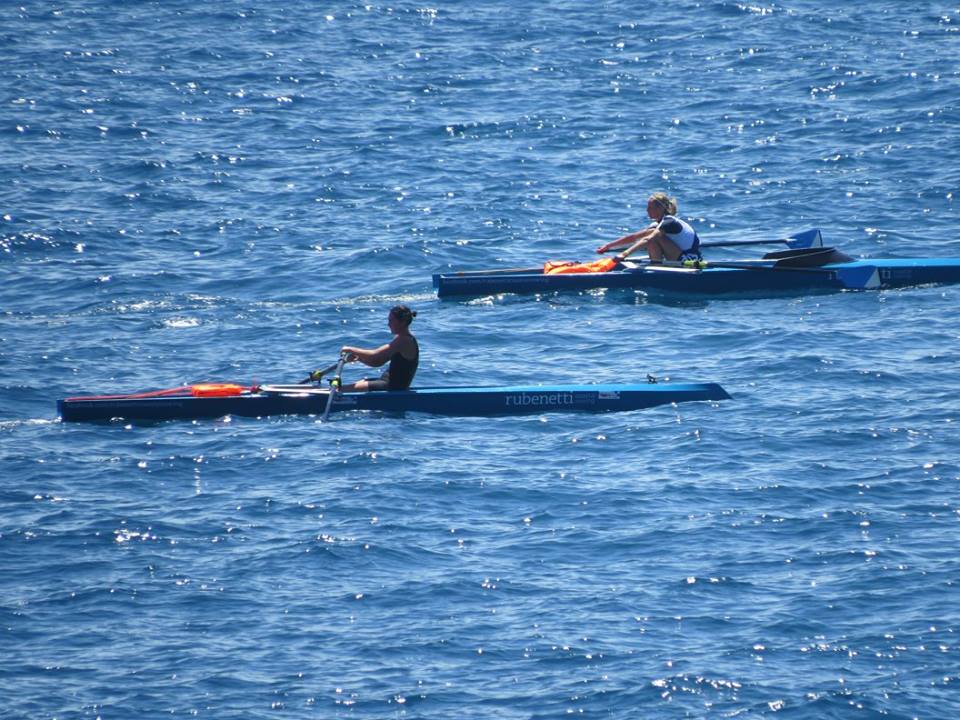 In 2016 I had my big break-through. I won a competition in Barcelona and beat the reigning World Champion (that had won the two past World Championships).

I now have four top-5 places at the World Championships.

It is me that have executed the work but the man behind me has always been Peter, my best friend and now future companion!

"... so I went there the following Monday and then I was hooked!"

When in autumn 2007 I moved to Helsingborg, the idea was that I would find a new form of training. After much thought, I had decided not to continue with what I thought was the best I knew, namely run, jump and throw. After several years of wrestling against Mr. Anorexus (anorexia), however, it was time to change patterns and environment, meaning leaving track and field. I tried several sports but neither Capoeira, climbing or paddling had any groups for people like me who love to compete. So, although it was fun, the lack of having goals was something that I missed a lot. I wanted to compete, get exhausted, see how good I could get ... not just look at rocks or play on "bow and arch" (berimbau-a bow-like instrument that the Capoeira practitioners move to).

So, during one of my long Sunday walks I passed the rowing club which had an “open house” that day. Rowing was not a sport I knew much about more than what you see on the Olympics, but it was something that attracted my attention as I stood there watching the rowers pull on the machines in the sun. I asked if there were any "open exercises" and they offered me to come down "on Monday at six o'clock". Said and done – at six o´clock the following Monday (the day after!) I went there and since then I have been hooked! 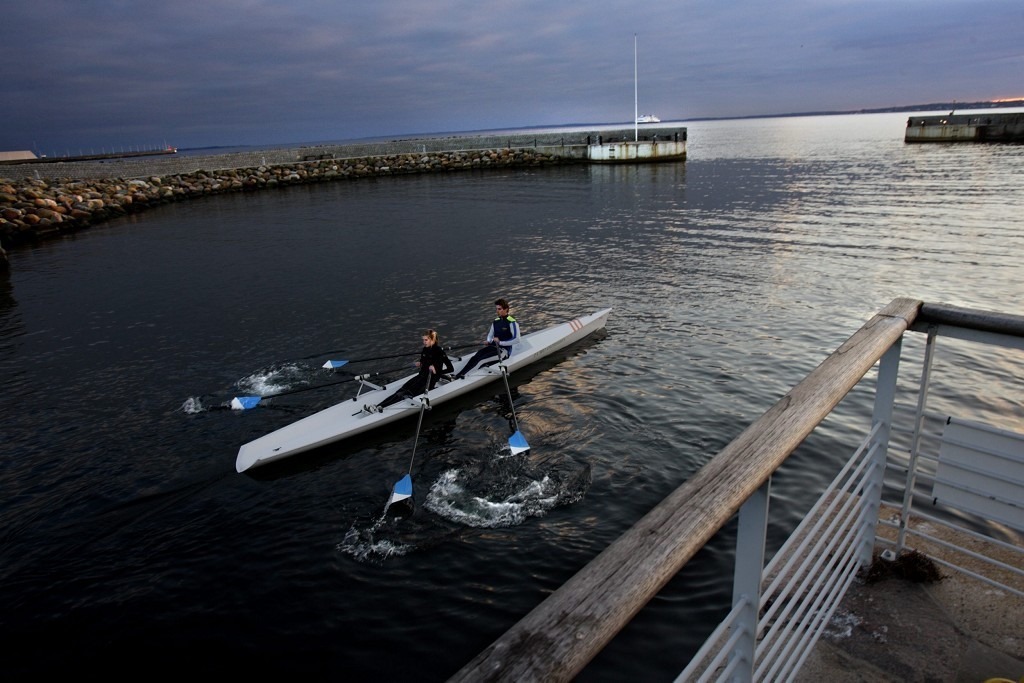 The time I was admitted due to my anorexia is not a time I remember with joy. However, it was a period when I had time to reflect a lot about myself, my situation and life in general. With help and cheering from healthcare, friends and family, I made it through the tough period. One of the most meaningful memories from the time in the hospital is from one of my worst days there ... 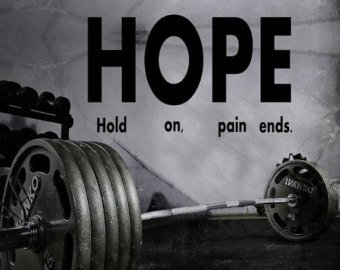